Christina Cordero’s imagery arises from a highly personal realm, as she draws upon her past and current experiences, and translates these into an idiosyncratic visual language. Highly influenced by music and musical theory, her work is also characterised by the free association of ideas and interwoven narratives associated with Latin-American literature, known as ‘magic realism’. Consequently, her work at times suggests the romance of antique maps and folkloric illustration, underscored by the reality of dual histories. Utilising a calligraphic line depicting arcane, artificial alphabets and symbols of the enduring reality of the natural world, Christina evokes the magic of the mythic in parallel with the everyday.

Christina Cordero was born in Chile and developed her unique style of art making through years of travel and exploration. In 1973, Christina immigrated to Australia, after studying and teaching at universities in Chile and France. In Australia, she studied painting and printmaking, and in 1990 she received her Diploma of Fine Arts from the National Art School in Sydney. Christina’s work has developed substantially over her career and she has exhibited extensively across Australia as well as Canada, the United States, Spain and China. Her work is represented in the collections of the National Gallery of Australia, University of NSW and State Library of Victoria as well as public and corporate collections in Europe, Singapore, Chile, Canada and the United States.

END_OF_DOCUMENT_TOKEN_TO_BE_REPLACED 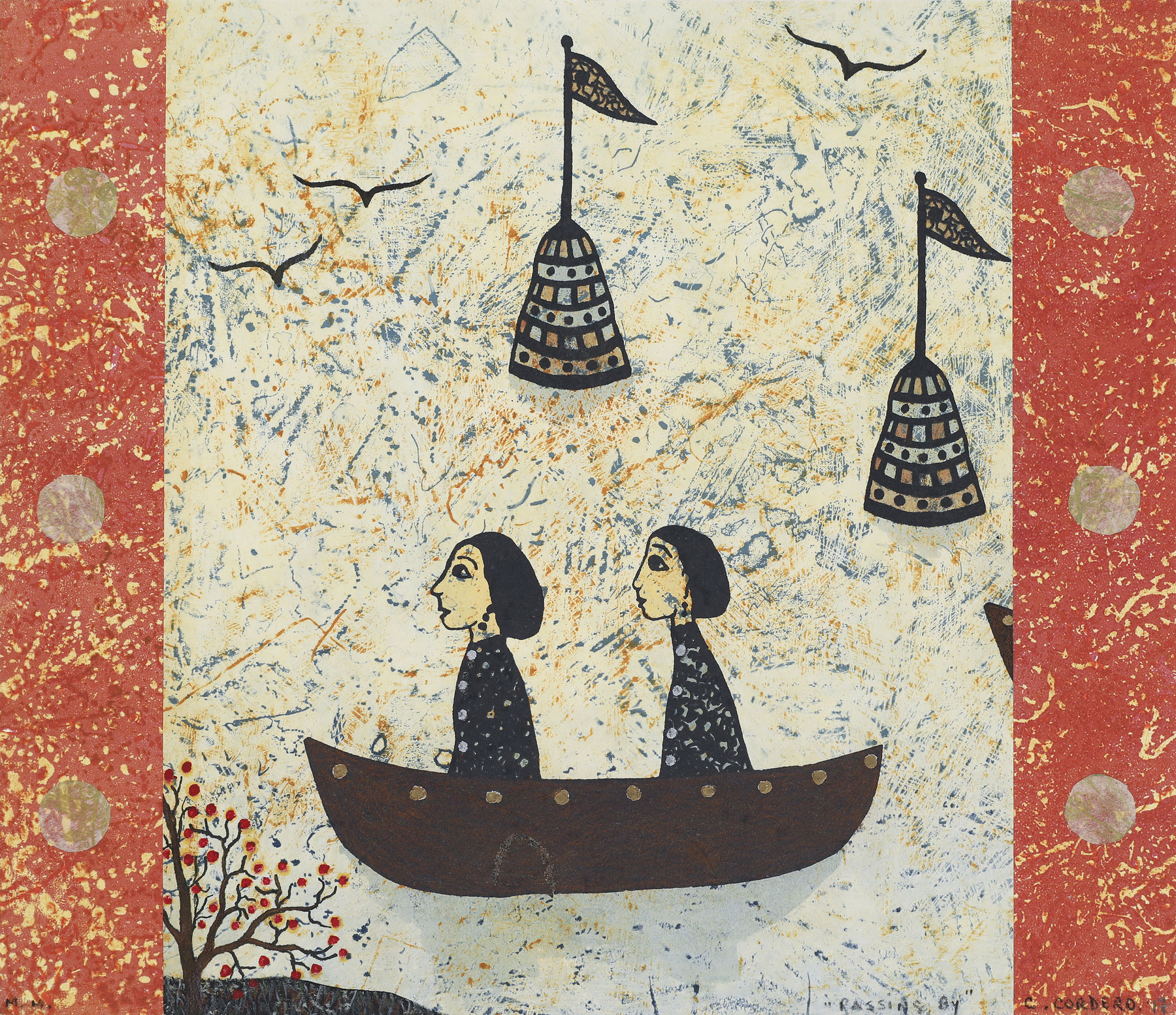