Mandy Martin’s art is thematically concerned with commenting on the environment and those issues which impact on it.  Her works deal with a range of socio-political themes with her early works exploring the suburban nature of Canberra and Queanbeyan and the isolation of migrant women living there.  In conjunction with these paintings, Mandy began looking at buildings (houses, warehouses, factories) and the sense of alienation that these structures could symbolise.  Mandy’s extensive travels in outback Australia since the 1980s have provided the source for some of her most vital and powerful visual statements and continue to provide inspiration to the present day.  From the 1990s onwards, the land, the environment and the layers of Aboriginal and European culture gave her the materials to create her own vision of the human condition and its relationship to the natural world.

END_OF_DOCUMENT_TOKEN_TO_BE_REPLACED 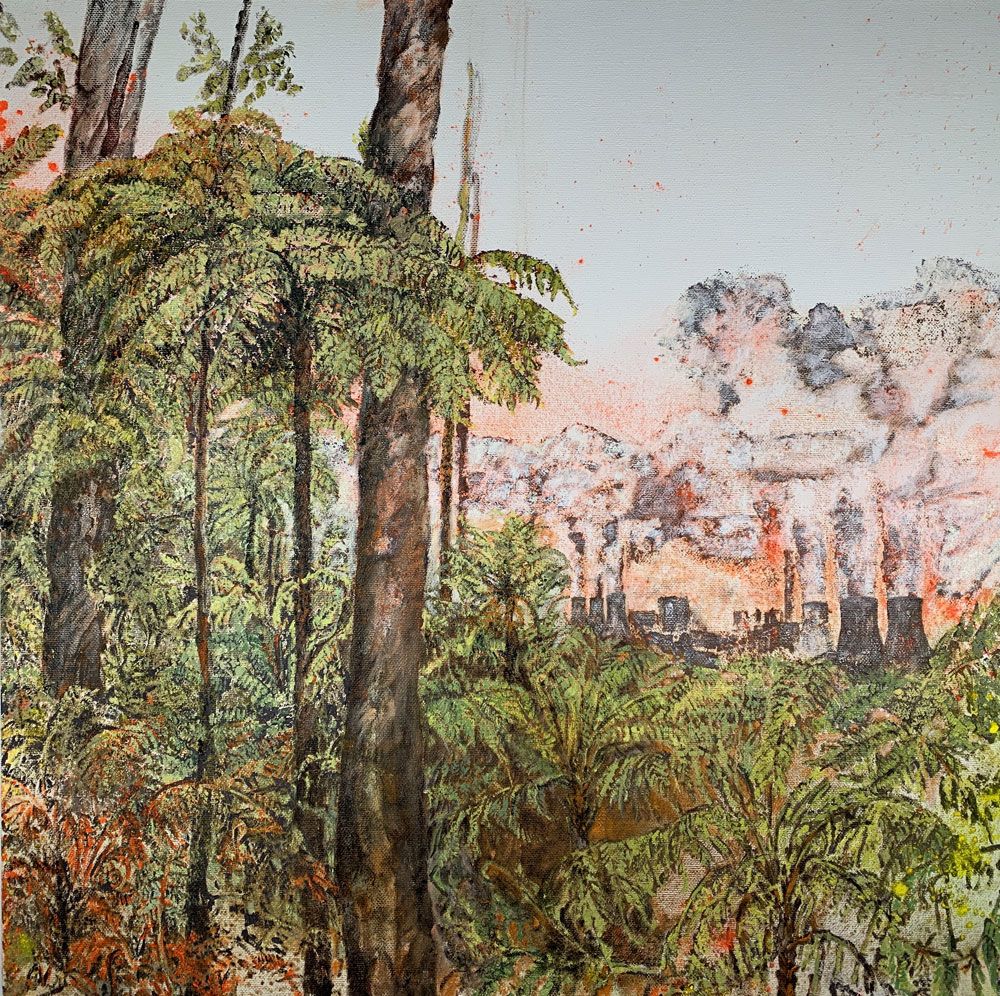