Tom Moore is an extraordinarily imaginative artist whose hybrid glass sculptures balance whimsy with profound questions about the overexploitation of the environment. Combining plant and animal forms with mechanical elements, Tom’s hybrid creatures exist in an imagined future where the natural world has evolved to keep pace with human-induced climate change. Some creatures have sprouted wheels, others extra eyes, in order to remain mobile and vigilant in an increasingly hostile world. Delightfully non-conformist, Tom uses thirteenth-century Venetian glass techniques to tell his contemporary fables. His keen sense of visual humour reflects his affection for the absurdist literature of Dr. Seuss, Lewis Carroll and Edward Lear. Tom is conscious of the paradox at the centre of his work: although his sculptures petition us to think more deeply about the relationship between human behavior and environmental degradation, the resource-heavy glass industry is complicit in greenhouse gas emissions and resource depletion. His hope is that using glass to raise the alarm about environmental peril adds to the impact of these objects. All in all, Tom’s works remain a joy to behold. As curator Eric Nash articulates, Tom’s “creatures may be grappling with the challenges of our ever-changing world but they exude an innocence and awkward beauty that one can’t help but smile at”.

Born in Canberra, Tom completed a Bachelor of Arts with Honours at the Canberra School of Art in 1994 then went on to spend many years at the JamFactory Craft and Design Centre in Adelaide. As well as instructing in many glass schools and workshops in Europe, USA and Japan, Tom has also undertaken residencies at the Canberra Glassworks, Sydney College of the Arts and the Chrysler Museum of Art Glass in the USA. He has received numerous awards including the Ranamok Prize for Contemporary Glass (2013), the Tom Malone Prize at the Art Gallery of Western Australia (2013 & 2018) and the City of Hobart Art Prize (2014). Tom’s work is in most state gallery collections as well as those of the National Gallery of Australia, Artbank, Chrysler Museum of Art (USA), Tacoma Museum of Glass (USA) and Museum of American Glass (USA).

END_OF_DOCUMENT_TOKEN_TO_BE_REPLACED 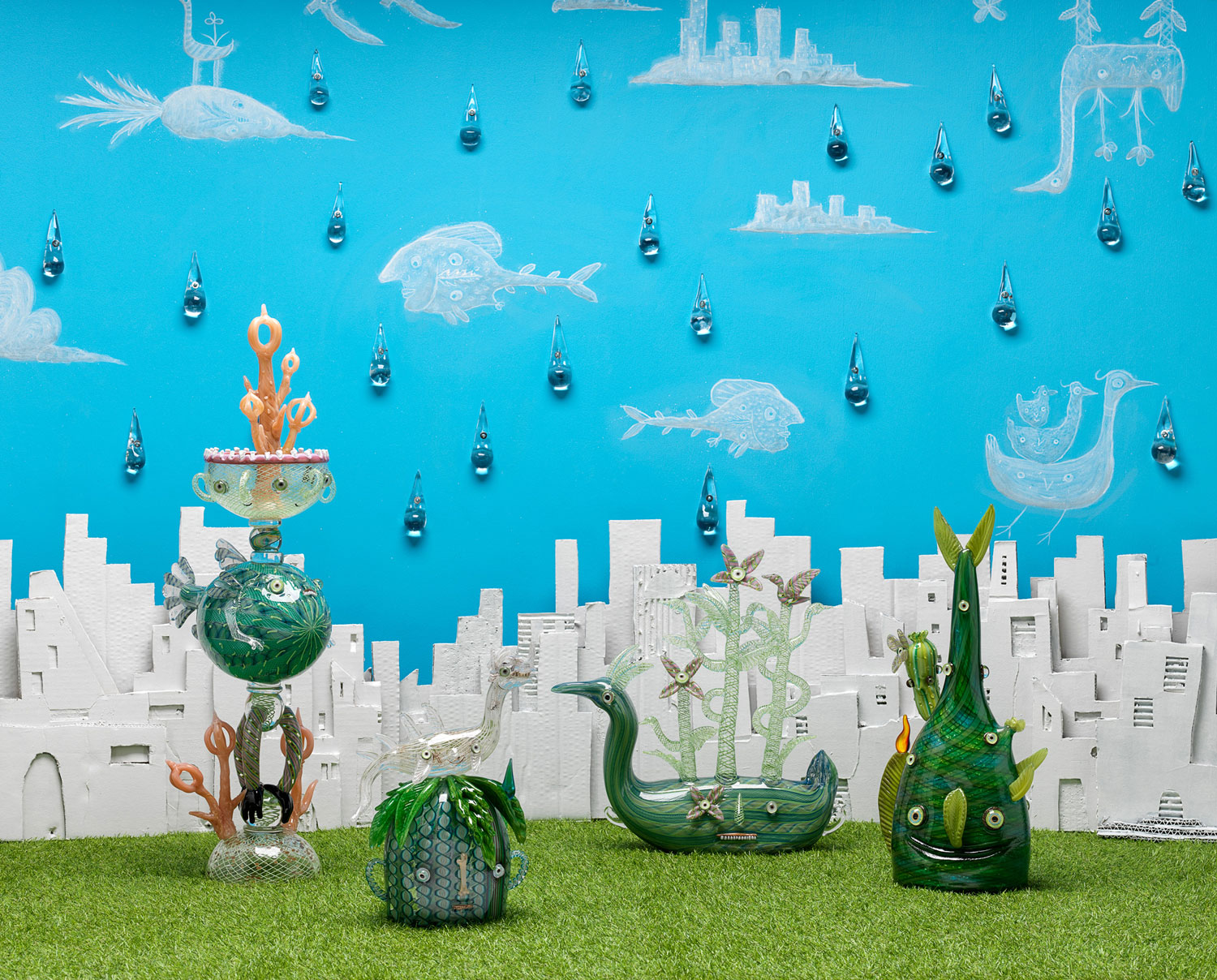