Wei Rong Wu is a Chinese-born artist who combines Western and Eastern artistic techniques and materials in the creation of her work.  One of the main materials in her practice is Xuan paper, a rice paper originating in ancient China which is known for its suppleness, strength and texture and is traditionally used for painting and calligraphy.  She employs two styles of calligraphy in her work: Stone drum script (the characters carved into a drum shaped stone two thousand years ago) and modern free writing.  The font, structure and ink colour all provide a broad platform to express various thoughts and emotions.  Stone drum script focuses on the expression of individual characters, while free style is more suitable for coherent and long text description.  In a recent series of work, Wei Rong drew from her observation and recollections of 2020.  As she recounts, these are “… glimpses of China and Europe during my travels, my local landscape (that, though fleeting, exerted a profound impression), current affairs and works by ancient Chinese masters.  The synthesis of Western-Eastern artistic techniques and concepts expresses my concern at the current and ongoing situation over the last year and hopes to acquire harmony and peace with beauty beyond time and space in the painting.”

Wei Rong was born in Shanghai, China, emigrated to Australia in the 1990s and now lives and works in Canberra.  Wei Rong completed her Bachelor of Visual Arts in 2013 at the Australian National University.  In 2018, Wei Rong created a series of works depicting the vibrant character of Australian mineral ores as part of a collaboration between Geoscience Australia and the ANU School of Art & Design.  Wei Rong painted and molded naturally-creased pieces of Xuan paper into a representation of the ores in the collection of Geoscience Australia.  In 2019, Wei Rong collaborated with eX de Medici on a landscape painting “Farmer and Foreigner” which was partly created during a three-week trip the artists took together in China.  The 11-metre-long unfolded Chinese painting album records their shared travel experiences.

END_OF_DOCUMENT_TOKEN_TO_BE_REPLACED 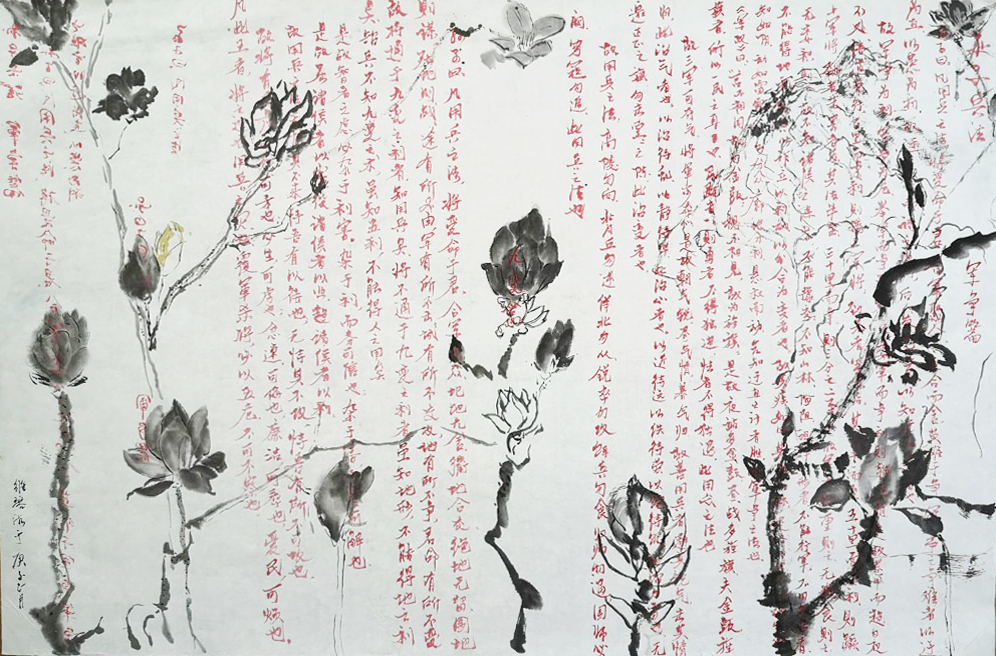