The organic forms and subtle tonal variations that occur in nature provide a rich source of inspiration for glass artist Holly Grace. Growing up in Western Australia, Holly was aware of nature’s beautiful but harsh reality, with the line between urban and natural landscapes small and often changing. Holly’s work continues to follow her observations of the natural world, the surfaces sandblasted and etched with landscape imagery and the translucency of the glass allowing light to reveal subtle tones and shadows within. Over the last few years, Holly has been increasingly drawn towards the history of human engagement with our nearby alpine and sub-alpine regions, both before and after European settlement. Holly’s artwork “begins with a walk”, both real and imagined, as she traverses remote parts of the Australian highlands. The crude, mountain huts built and occupied by early European settlers in these regions form a potent symbol of early colonial encounters with the Australian landscape and “are a physical testament to our pioneering past and a people’s history”.  Her work is an intimate memoir of places within the Australian highlands and, for Holly, both “a portrait of myself and of this increasingly fragile landscape that I yearn to belong to.”  In reflecting on her connection to land, Holly explores belonging in a country of mixed and transplanted cultures where the landscape can act as a shared binding experience.

Holly Grace completed her Bachelor of Fine Arts at Curtin University in Perth in 1996, then went on to further study glass at Monash University in Melbourne, completing her Masters in 2004. During this time, she also worked as studio assistant to renowned glassmakers in Australia, Denmark, Sweden and the UK. In 2010, Holly was a finalist in the Tom Malone Prize at the Art Gallery of Western Australia and received a Pilchuck Glass Scholarship. Her work is in collections including the National Gallery of Australia, Australian National Glass Collection (Wagga Wagga, NSW), Parliament House, Artbank, Art Gallery of Western Australia and the Glasmuseum (Ebeltoft, Denmark).

END_OF_DOCUMENT_TOKEN_TO_BE_REPLACED 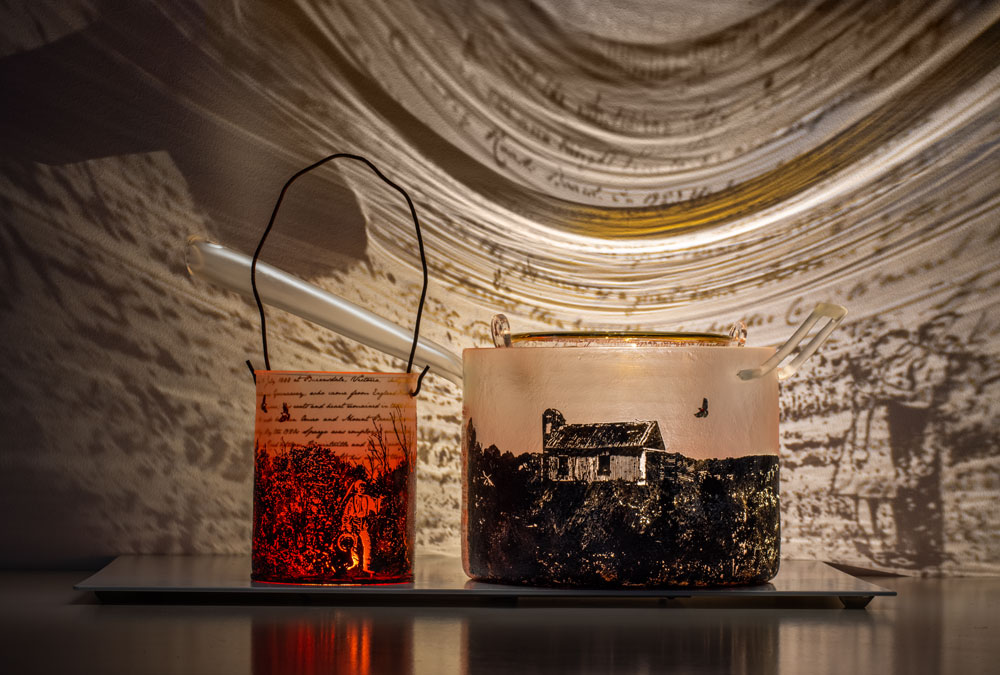